CBD, or cannabidiol, is recommended for everything from anxiety to indigestion.  And, people are also using it for a wide variety of reasons.

A recent Gallup poll found 1 in 7 adults in the U.S. have used CBD. Does it help?

Studies of CBD are ongoing, but some benefits have been found.

CBD is an herbal remedy--a treatment that comes from a plant -- in this case it is the cannabis sativa plant. Cannabis sativa has been used for thousands of years for its healing and for mind-altering effects.

There are two types of cannabis sativa: hemp and marijuana. The hemp plant is the source of CBD used in most products. 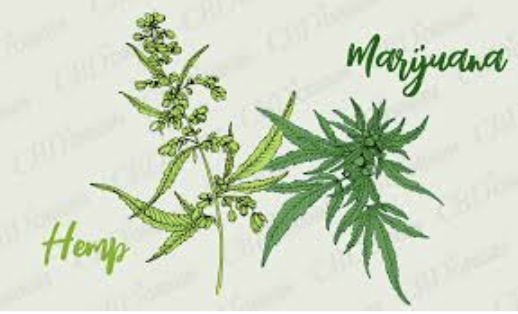 CBD is one of a group of substances called cannabinoids from the cannabis sativa plant.

There are, in fact, dozens of cannabinoids, as well as other substances in cannabis sativa.

CBD is the primary cannabinoid in hemp. It has various healing properties. For example, it seems to lessen inflammation, the body’s response to illness or injury. In this way, it may be helpful in treating many different diseases.

CBD is not psychoactive; it does not have a mind-altering effect.

To better understand CBD, it helps to contrast it with tetrahydrocannabinol (THC). Many people are familiar with THC. It is the best known of the cannabinoids. THC was identified long before CBD. THC is the substance in marijuana that causes the high.

CBD is from the hemp plant and its main property is healing. THC is the main cannabinoid in the marijuana plant. It is mind-altering.

Marijuana contains more THC than CBD. Hemp has a very small amount of THC, less than 0.3 percent, and not enough to cause a high. As of 2018, CBD from hemp became legal in the U.S.

The way CBD works -- and the systems it affects in the body -- is complicated and still under study.

As stated above, CBD is in a class of chemicals called cannabinoids. Because it comes from a plant, it is called a phytocannabinoid.

Cannabinoid receptors are part of the complex endocannabinoid system (ECS). It regulates the release of neurotransmitters (chemicals that communicate between nerve cells) in the brain, as well as in other parts of the nervous system. The ECS responds to both types of cannabinoids, phyto- and endo-.

By acting on the ECS, CBD may have many different effects on the body. Examples include: balancing the body’s overall physical functions (homeostasis), reducing pain sensation, and lessening the body’s reaction to injury or infection (inflammation).

CBD has been recommended for many different purposes, some of them tested, and some not. The prescription medicine Epidiolex is approved for treating two rare seizure disorders.

Studies are ongoing, but there is evidence that CBD may be effective in reducing anxiety, chronic (long-term) pain like back pain, and insomnia or trouble sleeping.

There are also studies of oral, topical, and inhaled CBD for use in many other conditions including: dystonia (movement disorder), Fragile X syndrome (rare genetic disorder), graft-versus-host disease (bone marrow transplant rejection), multiple sclerosis (MS), opioid withdrawal, schizophrenia, and smoking cessation. CBD is also used to alleviate Parkinson’s symptoms, but there are some studies that advise against it.

Already tried CBD? There are many other ways to reduce back pain or insomnia that do not involve taking it. Learn about some other methods that Goodpath's integrative medicine approach uses to reduce your symptoms here:

Two ways to use CBD are by mouth (oral) and applied to the skin (topical).

CBD oil may be used both ways.

Other oral forms of CBD are edible gummies and capsules. Topical CBD may also be a lotion, cream, or balm.

The dosing of CBD for different conditions is still being studied.

CBD should be used according to the manufacturer’s instructions. A person should read and follow the label carefully. Use no more than instructed. Using more may increase the chance of side effects or it may cause other problems.

The dose of CBD also depends on the form and strength and whether or not it has other active ingredients.

Side Effects of CBD

Many studies of CBD, including its side effects, are in their early stages. Most people tolerate CBD well.

The most common side effects are tiredness or drowsiness and diarrhea. Other side effects are: dry mouth, vomiting, decreased appetite, weight loss, and high liver function blood tests.

CAUTION: Since CBD may cause tiredness or drowsiness, people should be very careful when driving, using tools or other equipment, or performing other risky activities.

CAUTION: CBD should not be taken by people with liver disease or Parkinson's disease.

CAUTION: CBD should not be used with medicines that are prescribed to control seizures.

There are many other medicines that should not be taken with CBD. Doing so may increase the effects of those medicines. As an example, taking CBD with medicines that cause drowsiness may cause the person to be even more sleepy.

CBD may also increase the risk of side effects of certain medicines if used with them. Speak to your doctor or pharmacist before taking CBD with any other medication.

CAUTION: Fatty foods may increase how CBD is absorbed by the body.

CAUTION: Taking CBD with other herbs that cause drowsiness or sleepiness may increase this effect.

Research on the safety and effectiveness of oral CBD for pain is ongoing. Some of the research includes:

There is also continuing research on the safety and effectiveness of topical CBD. Some of the research includes the following:

Oral CBD to Help with Sleep

Oral CBD may be used to help with sleep. Some of the research includes the following:

The takeaway about CBD is that the initial research is promising but there is still much to learn. It may help with some conditions like long-term pain and sleep.

Because it is so widely available and recommended for so many problems, it must be used carefully and purchased from reliable sources.

CBD is just one of many supplements that can alleviate back pain or insomnia. Take a Goodpath assessment for an integrative program that incorporates supplements, nutrition, mind-body connection, and exercise here: